skip to main | skip to sidebar

Law enforcement officials have said prostitutes and clients use the site for illegal sexual encounters.

In place will be a new adult services section that will be closely monitored.

"We are optimistic that the new balance struck will be an acceptable compromise," Craigslist CEO Jim Buckmaster said.

Leave it to the Islamists to always make the best of things. Egypt took advantage of swine flu by further impoverishing Christian pig farmers (even though swine flu is not a pig disease). Now the Iranians are relying on swine flu to further demonize Israel and the U.S., by implying the latter are responsible for it.

"Iranian TV: Swine Flu – A Zionist/American Conspiracy," from MEMRI, May 12:

Following are excerpts from an Iranian TV report on swine flu, which aired on IRINN, the Iranian news channel, on May 6, 2009:

Reporter: "Every so often, diseases develop in different corners of the world, and disappear after wreaking damage to the tune of billions of dollars. After avian flu, the time has come for pigs. It is a disease that afflicts pigs, but because of the physiological similarity between humans and pigs, this disease afflicts humans as well. Now, the main actors in this great movie must go into action. The director has fulfilled his role very well, and gathered the boldest and most famous actors for this blockbuster.

"The international news networks air the trailers of this movie for free. With the outbreak of this disease, the American president went into action, and said in a sensational speech: 'My government has consulted health officials, and they have not advised the closing of the U.S. borders.'

"In his speech, Barak Obama mentioned a medicine called Tamiflu - but what exactly is Tamiflu? Who are the compassionate manufacturers of this medicine? This great pharmacist is none other than Rumsfeld, the former American secretary of defense. He is one of the shareholders, and an active and influential member on the board of directors of Gilead Science, which is the main provider of medicine for this disease.

"It should be noted that the Gilead Sciences is a Jewish company. Its name, in Hebrew means "holy place," and all its shareholders are Zionists."

"The U.S. is One of the Few Countries With an Arsenal of Viruses

"It is interesting that last year, [Rumsfeld] bought, if I'm not mistaken, 18 billion dollars worth of new Gilead stocks.[...]

"If we accept the assumption that work was conducted in a laboratory in Mexico - whether in a pig farm or some other place - the mere fact that this substance found its way out, even if by mistake, shows that the U.S. is conducting experiments in a peripheral country, rather than on its own soil. In this case, the U.S. might have lost control." 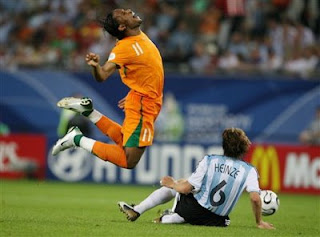 3 things Politics,Sports,Entertainment we cant leave without


There is a Forum where their Feeling is Terrorist are actually hypnotised ( Straight face dont laugh now) .......... http://en.wikipedia.org/wiki/Project_MKULTRA or http://forum.pakistanidefence.com/index.php?showtopic=81953 "Mind control, now, exists in every part of media as it is controlled by mainly, jews. In todays age it can more precisely be called "Perception Management" where certain images, scenes, scenerios, words etc are systematically positioned in movies, books and even cartoons to mold the society accordingly"

Soccer ==>Ironical Quote Of The Week:"It's A Disgrace. It's A Fucking Disgrace." - Didier Drogba.

A teenaged Chinese girl "miraculously" escaped death when she fell out of her 6th floor window, thanks to her large stuffed bear.
The girl in Wuchang, Hubei province, landed on the toy after falling from the building.
She is currently doing well, reports the China Daily.
According to the paper, it is believed that the girl's parents might have mistaken the window for the bathroom door in the middle of the night.
Posted by Chanti at 12:38 AM No comments:

Chanti
LAUGHING IS A BLISS,UNABLE TO IS A DISEASE -Some Unkown Saint ie Me